Anyone landing in New York in addition to be surprised by its uniqueness , it is combined to this feeling the impression of being in a familiar place.

On the Big Apple , after all, they have created several films that have made partakers of the beauties of this city even those who have never set foot there.

Those who are already an expert can leave the tourist routes and devote himself to discovering the many secrets that New York has behind its chaotic essence , in particular a myriad of unknown architectural gems.

Let’s begin by exploring the whispering gallery in the Grand Central Terminal, which is a structure that has the peculiarity to bring back the whisperings of a person from one corner of the hall, thanks to its curved roof . 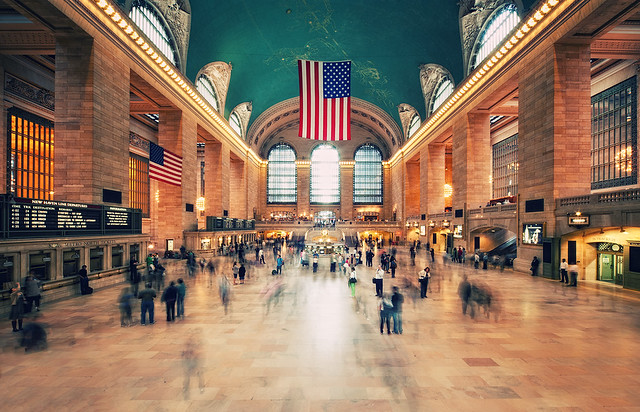 It seems that Charles Mingus, the jazz legend , loved playing in the shelter of these arcs, space today widely used to exchange wedding vows .

It is a famous architect who has his birth in London, Sir Christopher Wren, to have littered New York of his own works, not reported by the tourist routes and that, consequently, are likely to go unnoticed by the visitor who walks in their close.

Not far from the church of the Trinity , for example , it hides , at number 76, the great arch of the gate of the cherub, while near Wall Street, it would be a shame not to visit the tomb of the founder and creator of the empire of the American Finance Mr. Alexander Hamilton.

Although apparently hidden in plain sight, but it is revealed to the eyes of even the most discerning visitor, this ancient artifact in New York is prior to the discovery of the city.

You can find it near the Met Museum in Central Park and it is called the Needle of Cleopatra.

It is an imposing obelisk of 21 meters and 220 tons built in pink granite from Aswan and identical to its sister in London . 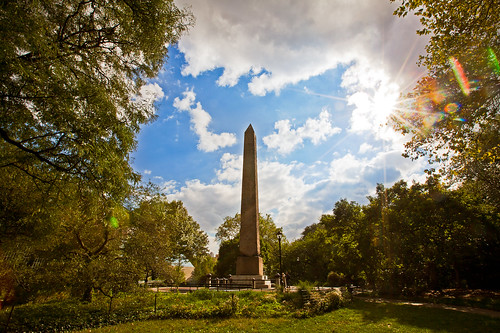 If you walk in the empire of finance , you may enjoy the excitement of a visit to Federal Hall, that holds within its walls the memory of the oath of George Washington and the signing of the Charter of Rights.

The building itself is fronted by another one that celebrates the American capitalist system and its duration in time , the site of JP Morgan and famous for having once, in 1920, one of the first acts of terrorism in U.S. history where the damage is still visible on the walls of the house.

Retracing our steps and reaching Kalustyan in Lexington Avenue , halfway between the 28th and 29th street, a plaque commemorates the oath of another president took office in New York City : Chester Alan Arthur , whose statue is proudly displayed in Madison Square Park, just around the corner.

It is also the only mausoleum that is located in a public place.

In Worth Square there is a giant obelisk on the remains of William Jenkins Worth, U.S. General buried here.

Finally, it is up to you to discover the “secret” bars and restaurants of New York  and those that are really frequented by New York people and friends.

From the three New York airports , JFK, La Guardia and Newark , you can reach the city center by hiring a car , or a limousine with a driver or, more economically, using the A line subway from JFK or bus companies that connect all the airports to the city.

What do you think? Have you ever been to New York city?

Can you add some more secret points to this list?

Please let me have your thoughts in the comments below, thanks!

Dnem.info is popular blog that covers latest happenings in various fields like Tech, Entertainment, Automobiles, Health, Finance, Games. It’s one stop spot to keep yourself updated with the aforesaid topics.

Enter your email address to subscribe to this blog and receive notifications of new posts by email.